A new study from the University of Michigan describes one of the first entirely new drug delivery microencapsulation approaches in decades.

Microencapsulation in biodegradable polymers allows drugs such as peptide therapeutics to be released over time in the body.

Peptides are molecules in the body that are composed of short chains of amino acids, and include messengers, growth factors and well-known hormones such as insulin. Because of their larger size and structure, peptide drugs are rarely given by mouth and must be injected. Microencapsulation is one way to decrease the time needed between injections.

One slow-release delivery method for peptide drugs is to encapsulate them within the type of resorbable polymers often used as dissolving sutures, said study co-author Steven Schwendeman, professor of pharmaceutical sciences and biomedical engineering.

However, development of polymer dosage forms for delivery of certain peptide drugs has been difficult because the currently available methods to microencapsulate the peptide molecules in the polymer require organic solvents and complex manufacturing.

“The Schwendeman group discovered about 10 years ago that peptides can bind and enter the polymer spontaneously from water to microencapsulate the peptide very simply without organic solvent,” Schwendeman said.

At that time, the group showed that the concept potentially worked, but it was not yet commercially useful, he said.

“This paper demonstrates that this concept can be performed to efficiently create equivalent or even improved injectable biodegradable polymer particles relative to existing commercial products, which slowly release several different peptides for more than one month, providing one of the first entirely new microencapsulation approaches in decades,” Schwendeman said. 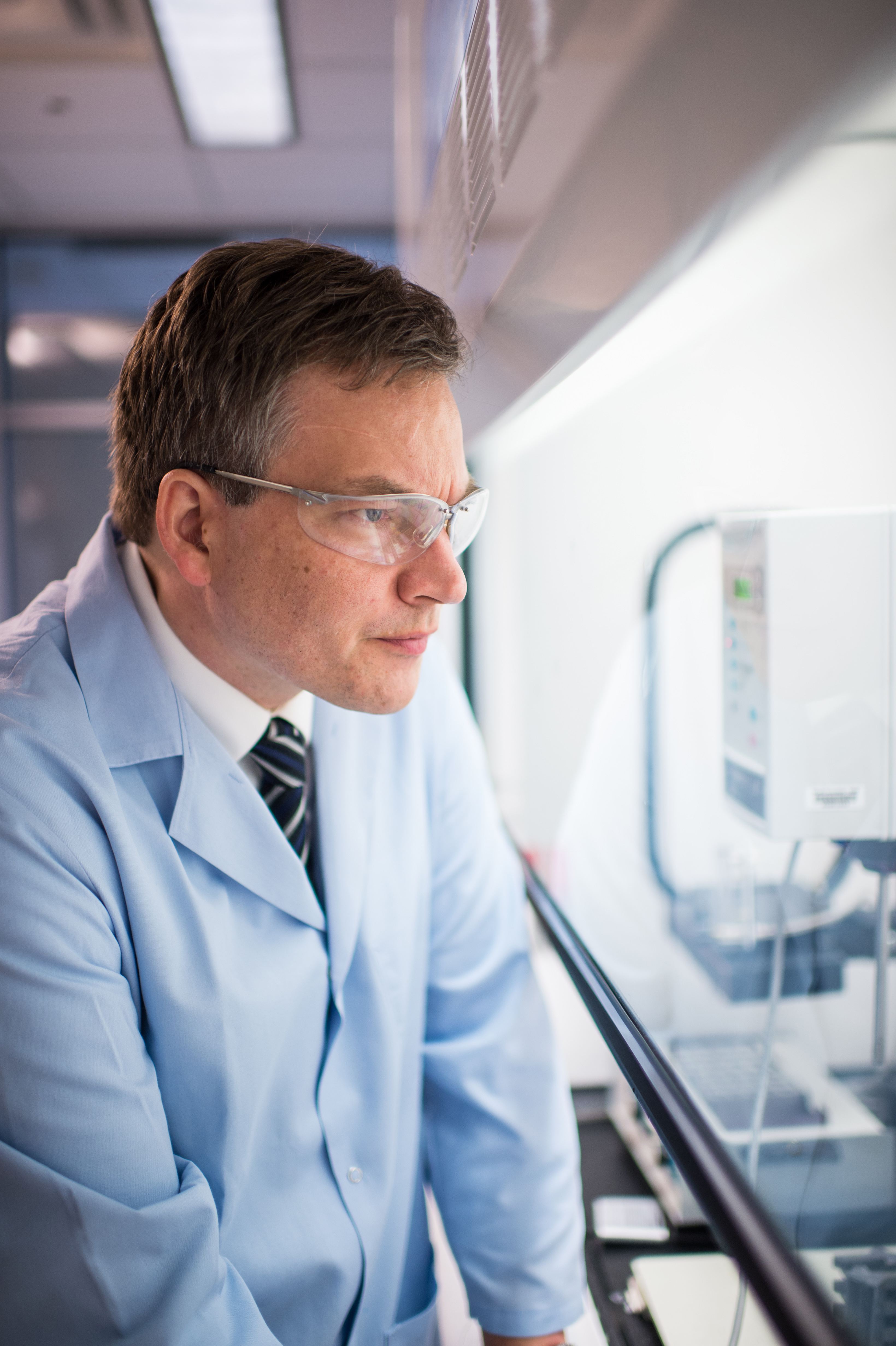 Schwendeman and colleagues discovered that if they made the polymer first and equilibrated the peptide with the polymer microspheres in water under certain conditions, they could achieve a very similar result as the conventional organic-solvent based method of drug encapsulation.

In the current study, the researchers found that leuprolide encapsulated in this way released peptides for over 56 days in the lab and suppressed testosterone production in rats in an equivalent manner as the one-month Lupron Depot injection. Leuprolide injections are used to treat prostate cancer, endometriosis and other conditions.

This encapsulation method works with several other peptide drugs on the market and for others that have recently been approved or in development, Schwendeman said.

The group is now expanding the ability to encapsulate different types of peptides and other large molecular drugs, delivering the drugs over longer time periods, and developing a second technique to remotely load drugs into the polymer, which is focused on fragile proteins.